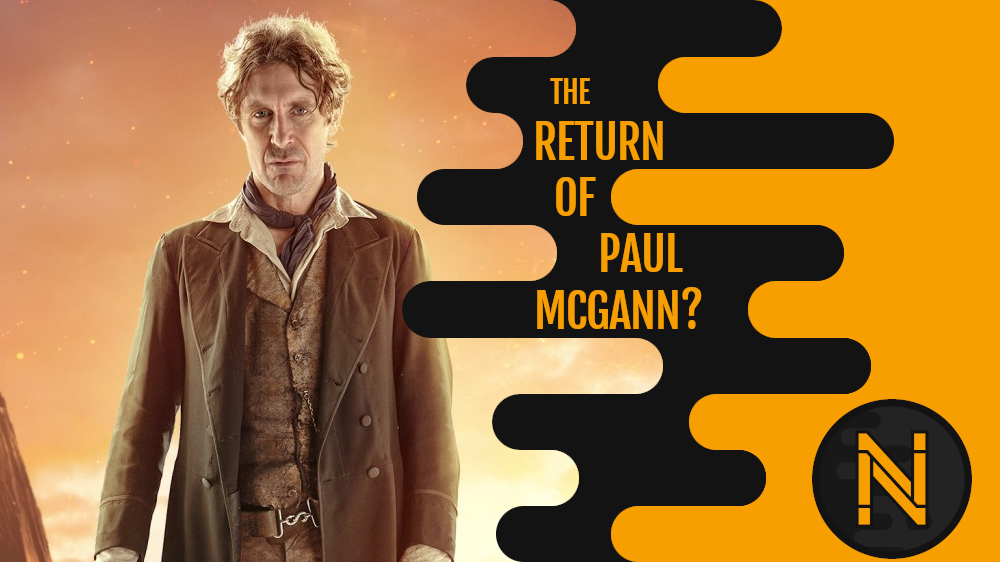 The Return of Paul McGann

When Russell T Davies suggested the other week that Doctor Who should have an expanded universe like Marvel, I found myself in agreement. The show still seems loyal to terrestrial television in spite of a reported drop in their target-audience’s engagement. In 2019, the BBC Annual Report states a shrinking viewership of 16-34 year olds. From my own experience, I would say most people I know rarely (if ever) watch live television, instead opting for subscription services like Disney+. Even the BBC have recognised this shift with the launch of BritBox. It is still strange that there is still no talk of expanding the Doctor Who universe. It has done through Torchwood and the Sarah Jane Adventures, but nothing similar has risen since Davies’ departure from the show? Many will criticise it as a money grab, but the show must adapt to the era. Done right, this could be great artistic move for the show.

Where would we start? Why not do a return series? Let’s bring a Doctor back to the screen. I hear groaning. Though, not loud enough to drown the superfan out. The superfan loves nostalgia. We all do. I can’t explain my emotions when Tom Baker returns in the Day of the Doctor. It’s not worth letting nostalgia plunge the actual content into the shade. That is what will keep the show on the path to an inevitable cancellation.

I have no interest in suiting up Tom Baker or bringing an actor to play one of the dead incarnations. They’ve had plenty of screentime. Tom, especially, is far too old to physically play his incarnation (unless he acts as the curator). The only Doctor incarnation I’m wanting is Paul McGann.

McGann is special because of the mystery of his incarnation. The most we see of him is a failed 90 minute attempt to reboot the series in America and a six minute mini episode in the fiftieth anniversary. Sure, he looks nothing like he did in 1996. Thanks to the fiftieth anniversary it is pretty much canonical that he becomes aged and ragged by the time of his regeneration. We can use his age to our advantage.

Appearance aside, he’s a Romantic doctor. It’s as if Percy Shelley had been snatched from his peak and plopped into a Time Machine. This is the Doctor his performance brings in the movie, which is by far its only saving grace (pun not intended). He is so in love with the sheer awe of the world that it is almost tragic to see the Doctor powerless and worn out in his return. Still, in spite of all this, he seems determined to be the hero, to be independent from the Time War. This is a man of principle.

Just to clarify, I only count the television series as canonical. Including Big Finish and other materials would just be confusing for our future expanded universe. I’m also away Big Finish have brought McGann in to voice the Doctor in an audio series. Yeah. We’re definitely not canonising this, with the greatest of respect. I have a different vision in mind for this Doctor, which will set him apart from the rest. I cannot have Big Finish making him like the others.

It would be as disappointing if his hypothetical new series copied the serialised Sci-Fi format that the main show has been following for fifty years. Let’s have some creativity, guys. There are more lenses to see the Doctor through. We need to think beyond the man/woman who slays bad guys with questionable strategies. I’m bringing McGann back to explore his character, not to make up for our lack of bad guy slaying adventures.

The return must prioritise character development. If we take the neo-western Breaking Bad as an example, not much happens episode-to-episode. And I would argue that the aim of the show was to dive deep into the souls of Jesse Pinkman or Walter White, to see what memories drove their decisions, to see their obsessions. Occasionally in Doctor Who we have a companionless episode, an episode that focuses on just the Doctor. Why not something more ambitious than a sci-fi episode? I don’t want formulaic drama. I want to see a powerless Doctor seeping in emotion, in humanity – let’s face it, he pretty much is human.

It’s obvious I am campaigning for a high brow version of Doctor Who. One that will pull in the most avid of anti-nerds. My friend is like that. Will not watch Doctor Who because it seems too nerdy to him. I mean, if any Doctor deserves a high brow series its Paul McGann. Look at his TARDIS control room design for god’s sake. It is dripping in personality. It’s basically a time traveling library. This doctor loves spending his time reading. Why else would he remove the inconvenience of having a separate room? The others just banish their libraries elsewhere. And the Romantic literary ties are strong in the gothic set design, especially when his regeneration was mirrored with Frankenstein. He wears a gunslinger costume. The man is essentially an old ballad hero. Why not embrace these strong themes outside of science fiction?

I am begging for a Doctor Who series that explores beyond science fiction. I want to see magical realism invade the show. I want McGann to be grinded down by things beyond his explanation.  I want to see him hiding from a world growing crueler by the day.  I want strange phenomena that isn’t just explained away as some alien or something. Like where are the ghosts that are just ghosts. This concept intro by David Burgess captures the aura his series should have.

It is a shame that McGann never got his opportunity after the movie and in RTD’s reboot. It wasn’t anything to do with his Doctor. His Doctor was fantastic. The reboot of the show wanted to be fresh, it wanted an edgy Doctor. It wanted to part with the old. I want to do the same in the expanded Doctor Who universe. Explore the Doctor in original ways. Open the series up to greater market than sci-fi nerds. And, most importantly, shake off the label of KIDS SHOW that seeks to degrade it.