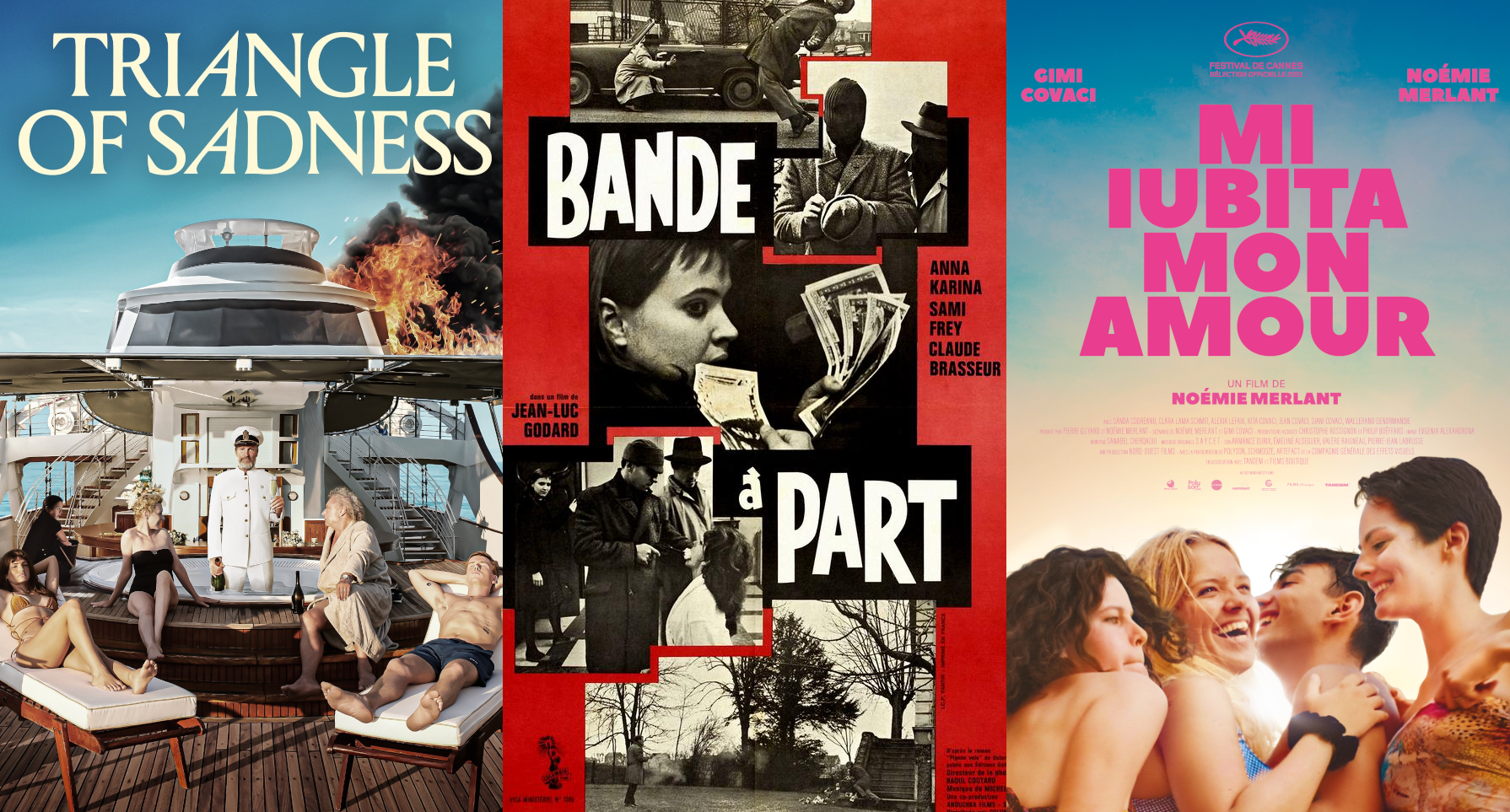 As of 1st September, I now reside in Paris. Consequently, this puts me in an extremely privileged position, with a plethora of cinemas mostly independent at my disposal. All I need is my Navigo. Often for less than the price for a ticket to Cineworld in the UK, I have access to films that would never grace the post displays outside a Cineworld.

I’ve seen three films so far, including an obligatory trip to Jean-Luc Godard screening – a must for all Parisian students (former and current) of the arts. The joy of reviewing films without prior research or without being on a carefully selected module list, is that they differ greatly in their quality.

This Franco-Romanian film had a lot of promise, having recently appeared at Cannes. I was lucky to catch it at a Lost in Frenchlation screening, helpfully providing subtitles in my nascent days as a French speaker.

It was audibly and, generally, sensually very potent for me, giving its occasional glimmer of a budget indie film.

However, very early on the art film vibe was rudely interrupted – as was so often in the film – by corny pop music. As enjoyable as this music is, it tends to be quite jarring.

This placed the film halfway between an emotional young-adult film and an Instagram reel/holiday montage. I remain open to the fact that maybe this was part of the mood, but my opposition is to the manufactured, superficiality overshadowing the more serious subjects.

For my friends, they found the subject matter fairly cliché, as with some of the dialogue. This is not to detract from its primary male actor’s performance (Gimi-Nicole Covaci), performed with a strong conveyance of romance and the burden of responsibility that befalls him and his family.

Aside from the musical choices, the film went on for longer than it should have done. The director may have benefited from redistributing screentime other areas of the story, as many in the audience were confused by certain aspects. Primarily the ending was fairly vague and confusing. I understand that Covaci’s parents died, but the whereabouts of some of the other main characters were left unspoken like Victor, the fiancé of Jeanne who has an affair with Covaci’s character.

On top of this, the hopelessness of their economic situation was a little cheapened by the rushed violent scenes. A typical, one-dimensional gangster.

Admittedly, I watched this without subtitles at Ecole Cinema Club, so my thoughts are to be very limited on this Godard film.

I could clearly tell the prestige of his filmmaking purely from how I went half the film on watching the physical action. It was only after the halfway point – as a plot became more complex perhaps – I started to find it confusing and boring.

But as I say, this was to do with verbal comprehension and not the prestige of the film.

It is very clear that the two leading male performances were top quality. From physical acting alone, I could sense a deep chemistry between the pair, most tangible by the death of one near the end of the film. The physical comedy is certainly a major component of the film.

I haven’t got many thoughts other than I would prefer to watch Godard when my grip over French has improved. I mostly found myself entertained with the roughness of cuts between footage, which were amusing for a contemporary viewer like myself, but did not degrade at all the cinematic story.

I guess it gives it charm. A genuinity.

Triangle of Sadness is a film I have mixed feelings for. I can’t say I was at all tired of my cinema seat unlike the other two of this list. There was a lot of really funny dialogue in a film so overtly satirical, avoiding the threshold of being too much.

It does in many ways challenge our society. It presents explicit images of excess and false equality. While the yacht crew start howling over a prospective bonus if they please their bourgeois cruisers, the camera passes beneath deck to the cleaning crew, the engineers, the manual labourers. Clearly they will not be sharing this bonus. In this sense, the film does so well to display hierarchy on many different levels (Pleasure Cruisers, the white on-deck crew, and the manual labourers/below-deck crew). A good visualisation of the trickle-down nature of this enterprise and society (if viewed as a microcosm).

In spite of one Russian woman hoping to reverse the power dynamic, it’s obvious how difficult this is. On the one hand, the crew member serving her must satisfy her needs; in this case, relaxing in the pool, drinking champagne, while the patron serves on her. On the other, this would be breaking the rules of her duty, and would place her job in a vulnerable position should her patron have a change of heart or take small offence – let alone if she was caught. She must make an impossible choice, a literal ‘rock and a hard place’. Everyone is at mercy of Money and their insatiable thirst for excess.

It was too much for some audience members, the filmmaker’s lack of sqeamishness for displaying grotesqueness: overflowing toilets, endless vomiting, and scenes inducing the sea sickness they portray. Some people left, but I enjoyed this poignant moment to make statement.

It is unfortunate, however, that the film did not end at the moment of their ship wreck. Everything transformed into something far more cliche and uninteresting. Something reminiscent of Lord of the Flies or many other satires attempting to depict the selfishness of human nature and pessimistic visions of hierarchy. The second chapter was dragged out, and could have really been its own film. Apart from some enjoyable characters, there didn’t seem to be much continuity. Neither was there much tying up of character developments. They seemed to just burn off in the last part.

For this unfortunate reason, the film fails to be a cohesive whole, much like Mon Amour, Mi Labito.